Having a post graduate degree can give some kind of accomplishment feeling. Also, it is the only way to gain access to highest-paying jobs available in the market. According to simplyhired.com, the average salary for post graduate is nearly 25% greater than those with just a bachelor’s degree.
The top 5 highest paying jobs have two common things – a post-graduate degree and all with starting salaries of over $100,000.
MBAs: MBA is the most malleable and lucrative of graduate degrees. The specialities include accounting, finance and business. The fact that it requires only a master’s degree gives it the highest cost-reward ratio and stands high in ranking. MBA programs are becoming so popular now a days that they can be even completed online or in part-time. According to www.salary.com the average salary for a management position is $100,000 where as for CEOs it is $1,350,000
Medical Professionals : The medical field has been in demand from many centuries. The basic need of health for every animal primarily for humans makes it the ever green industry. Without any doubt, being a doctor is grueling and rewarding than any other medical profession. The personal gratification of saving lives is an added benefit in this profession.
Law Degree : After three years of law school, you must pass a bar exam also to start your lawyer practice. Though being a lawyer is not very high paying position in countries like India, this is of very high demand in other countries and stands in the third highest position. 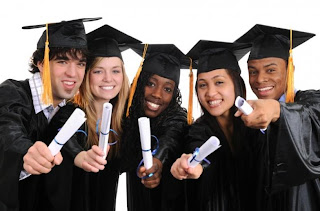 Engineering : Engineering degrees are popular at many places including computers, automobiles, electrical and electronics, aerospace and more. But the highest paying engineering sub-speciality is petroleum. The oil industry tops the power manufacturing field and shows no slowing down.
Education : Though the teaching profession is thought of being underpaid, college professors are definitely and exception for this. A professor with Ph.D with original research is of great demand in collegiate institutions. More than one degree, published writings and assistant professor experience makes them one of the highest paid people in many countries.